What will remain of this time?

Images will remain. Images of people intubated, of exhausted doctors and columns of military trucks brimming with corpses. A grey feeling of social liquefaction will remain. The daily narration of the news and talk-shows will be in the background, while the collective memory will try to blank out and fade the drama to transform the violence of the trauma into something else. If there was a moment when Italy felt like a single entity, it lasted very little and yet a shared thrill ran from one balcony to the other and the countless voices became one. The empty shops and venues that won’t reopen will remain, but so will the spiritual experiences of self-analysis that were not thought possible. The public space - abolished for three months - has become a private psychic space, and also somewhat psychotic, in which to take refuge. For example, my home has become my city: the kitchen (the restaurant), the place of meditation (the temple), the university classroom (the computer), the gym (the mat), the garden (the woods), the television (the cinema).
It's hard not to feel disillusioned at having believed in an instantaneous improvement of the human consciousness. But my decision is to pursue my commitment to self-reform, the determination towards my human revolution because, as Joseph Beuys said, "The revolution is us". And so the task - no different from the pre-Covid19 era - is to bring out of me more robust and luminous values of coexistence and sharing. Said in this way, it seems like a Catholic-Communist precept, but it is one thing to utter a slogan and quite another to put the intention to practice on a daily basis. What has happened to me is that the reduction in the external space to domestic interior and the limitation of physical activities have, ironically, extended and multiplied my psychic space. It was time for the big clean-up. The distance determined the time, punctuated within the walls of the house, and not the space.
Precisely now that we must keep a distance between us and wear a mask, I will respond with a statement that Jannis Kounellis made, years ago during the Troika, when answering the question "Will we make it?". With his Greek accent and intense voice, he said: "One must go towards the other, look into the other's eyes, listen to the other's breathing. That is the only way”.
The Coronavirus has given humanity a great opportunity at a very high price. I don't know how many people got the message. Never in the West has death been so terribly close, visible and standardized. However, the disease is not just about that virus but about the entire network of relationships between human beings. And between us and the Planet. The question of how will we intervene to restore a balance between man and nature is badly put because it still presumes a separation. How can we continue to think in the duality man/nature and cultivate the desire to resolve the rift? I am nature, you are all nature, even if we have completely artificialized ourselves. I believe that artistic endeavor is to help raise consciousness and form critical and creative thinking among citizens. It' s nothing new but it is an increasingly urgent necessity. It is important to work towards the tapering of distance and separation. It seems ironic that it is now that we talk about social distance. This is an opportunity to restore relationships. The distance that needs to be revised is that which is established by the hierarchies, the roles, and the imbalances between genders and races. If and when we come to grasp the interdependence between all things, after an exhausting effort, may we finally be able to enjoy the concept of Life without it eluding us because we are busy doing something else. 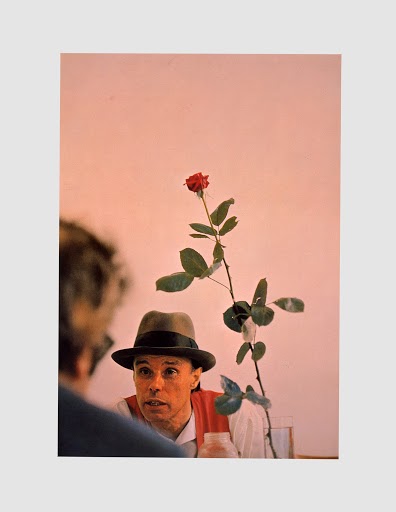