What remains from this suspended time will be pain, relief, and disbelief. There will remain much work to be done, for some to start over; injustice will remain and it will perhaps be even more severe and profound. There will remain the headstrong ignorance of a species that does not learn from its mistakes and which will seek to restore the same velocity and density as before. At all costs. There will remain those that resist and, even if they don’t know it at times, that have saved us until now.

I write because it’s the only thing I know how to do. I don’t write to reach the other. As Hannah Arendt said, "I write to understand". Perhaps, these few written things will never be a bridge to connect people, surely they won't today; however, tomorrow they could become a door to be opened once again.

Only by going back to talking will we regenerate our sociality. The bulimia of images, both static and in movement, the artificial relativity of social networks, the obsession to fill the time with our digital presence, the paradox of sites to visit online (I don’t, I leaf through books) – I believe we won’t be needing all these things and hope that we can free ourselves from them. I want to do an exhibition on conversations; I want to do it in a space we can really call ‘common’, where conversations are open works, flexible, that no longer exist if you are not there with me.

On the net, I saw the picture of a bird that had built a nest in the alcove of rearview mirror folded into the windshield; it almost moved me to tears. The mute simplicity of this, ethically neutral, necessary act tells us that nature always preserves its balance, restores it through continuous adjustment despite anthropic intervention. The problem with restoring this balance between man and nature has a unilateral quality, and it is all us.

From this time, we’re learning that the air is sweet-smelling even in the city. That loneliness doesn’t exist. That time is precious. 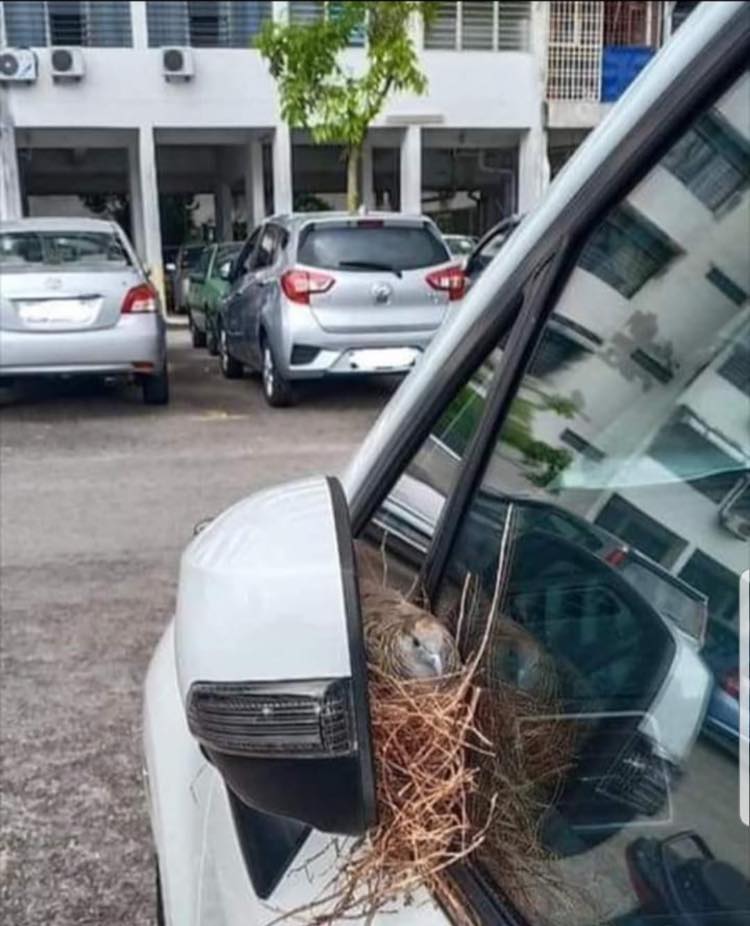